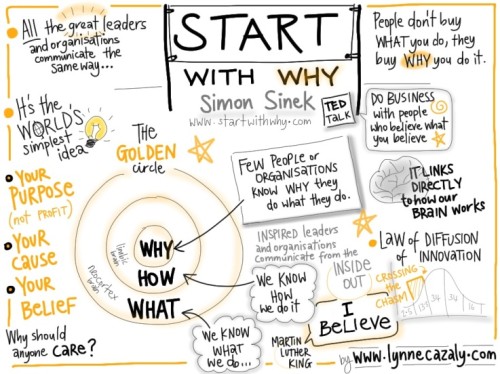 Here’s an interesting podcast interview of Simon Sinek and his assistant Monique Helstrom on www.bonnielowkramen.com.

Let me first off say that this podcast is a must-listen for anyone using assistants, whether in-house or virtually.  Simon is one of the most sought-after speakers today and Monique is his assistant with the title Chief of Simon!

Secondly, Simon Sinek’s book Start with Why is one of my favourite books ever.  One of my favourite quotes from Simon and probably the most common is: “It doesn’t matter what you do, it matters Why you do it.”

It’s an excellent read for especially anyone who works for himself or herself.  It is a must-read for wannabe entrepreneurs.

Transcript of part of the podcast

Interviewer:   So Simon, but back when you first hired your very first assistant, what was the turning point that made you decide and made you think ‘I need help here’?

Simon:  So my friend Jack Daly always says ‘if you don’t have an assistant, you are one’.  And, at the end of the day everybody needs help.  Monique needs my help to sometimes get her work done and I need ever more help to get my work done.

And so, you know, the word assistant, I think, is unfair.  Because I think the responsibility of the relationship is that we’re helping each other.  And what we’ve done is we’ve divided up the responsibilities.

And my journey with – my comfort letting go of stuff.   So in the beginning I would assign tasks – do this, get this done, call this person, right?

Or even better, Monique will come to me and say, “This happened.  I already took care of it. Just wanted you to be in the loop.”

And it’s because she has a sense of responsibility and that took time and it took me getting used to because, you know, I used to do everything myself. And so I trusted myself to get things done and it really was an education.  Learning to let go of things and learning that if I trust someone they’ll do a good job, and if I don’t trust someone they actually won’t do a good job because they know that I’m gonna swoop in and do it anyway.

Simon:  The reason I don’t like the word is, I think, it’s misunderstood.  It is true Monique assists me.  But I think that in the vernacular in business people think of an assistant as someone who’s junior, right?  And I don’t think that’s fair.

We use the military terminology.  In the military, they call each other execs.  It’s short for executive assistants, but they call them execs.

In the military, if you’re a four-star general your exec could sometimes be a colonel or a one-star general.  In other words, you have very, very senior leaders who are wing commanders who are now assistants.  And they are very often viewed as very important positions even though you do the calendar, and you do the phone calls and the meetings.

In other words, all of your top military leaders at some point in their careers were assistants because they only put really, really good talents in those jobs.

So I like that model.  And so we use the term exec.  And they have the connotation you’re not junior, you’re on a path.
Ends 07:28

Some of my favourite quotes from the podcast are:

If you don’t have an assistant, you are one.  – Jack Daly

The word assistant, I think, is unfair.  Because I think the responsibility of the relationship is that we’re helping each other.

What we understand is, this is a partnership. … we both assist each other.

Take a listen to podcast to learn more!

Posted in:
Tagged with:

As director of media at PopTech, I interview a lot of very interesting people from diverse fields and expertise. I’ve worked with TranscriptionPro to transcribe our interviews for several years now, and highly recommend them. They are fast and flexible and are willing to do whatever we need. Transcribing saves me a lot of time, and TranscriptionPro are a great value for money.